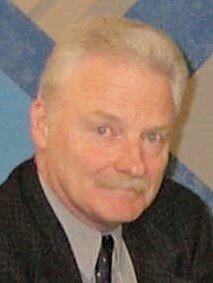 Born in Boston, MA, Dick lived in the Twin Rivers development of East Windsor for many years before settling in Robbinsville 24 years ago.  He attended Northeastern University and began his career in communication and radio at the age of 19. Dick was an industry professional with over four decades of experience in the video production field. He spent time early in his career with WHDH and WCVB TV both in Boston. His work included, voice-overs, newscasting at WNBC, and WABC, ABC Radio, all in New York, as well as being a video producer contractor with Panasonic for over 4o years. Dick and his wife Bernice started their own broadcast company Broadcast Productions, LLC in 1987.

Dick was dedicated to his craft and to his community. He voluntarily recorded and photographed community meetings and events. He hosted Better Beginnings fundraisers for over 30 years and was a 44 year member of the Twin Rivers Station 46 Company #2 Fire Company in East Windsor, where he served as the Public Information Officer and was a charter member.

Cremation service will be held privately.

Masks are optional for the visitation and funeral services honoring Dick.

To send flowers to the family or plant a tree in memory of Richard "Dick" Cunningham, please visit Tribute Store
Sunday
16
January

Share Your Memory of
Richard "Dick"
Upload Your Memory View All Memories
Be the first to upload a memory!
Share A Memory
Send Flowers