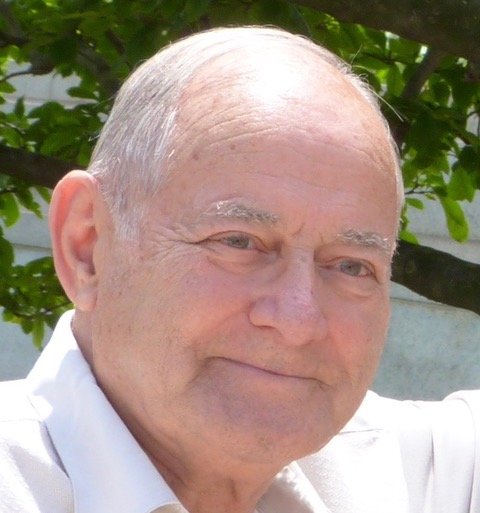 James Patrick McDonnell, 88, recently of Riverdale, New York and Monroe Village, New Jersey has passed on to a better place on Wednesday April 1, 2020.

James went by many names:  most commonly known as Pat, Jim, Mac, but was affectionately known to most as our beloved PopPop.

Born and raised in New York City, James resided with his family in the Inwood Section of Manhattan and Riverdale, NY. He was honorably discharged from the US Army where he served during the Korean War. James went on to work as a Stevedore for 41 years at Davidson & Preston Trucking Companies in Jersey City.

James will be remembered as a loving and devoted husband, father, grandfather and uncle who above all else treasured spending time with his family. He enjoyed cards games, blackjack, bingo, westerns, Broadway musicals, and especially traveling with his extended family as often as possible. He was also an avid sports fan, with a special allegiance to the Yankees and NY Giants. His humor and warmth were his most endearing qualities and his antics will live on in the memories of all who loved him.

James is survived by his wife of 67 years, Mildred (McDermott), and his 5 children: Karen Horgan-Peltier (and son-in-law Steven); James McDonnell; Michael McDonnell (and daughter-in-law Martina); Eileen McDonnell; and Kathleen Faup (and son-in-law Stephen); grandchildren Ryan, Alexandra, Danielle and Alanna; step-grandchildren Eric Peltier (and wife Vanessa) and Jeannette Peltier-Saar (and husband Jason) and their three children; as well as many treasured nieces and nephews. He is pre-deceased by his brothers Joseph McDonnell and John McDonnell.  James was survived initially by his dear son-in-law, Steven R. Peltier who unfortunately passed away a few hours after James.

A Celebration of Life service will be held at a date to be announced due to the current temporary regulations in our state and nation. Cremation services will be private. James will be interred at the Veteran’s Cemetery at Washington Crossing National Cemetery in Newtown, Pennsylvania.

For those who wish to honor James, in lieu of flowers, contributions may be made in James’s memory to World Health Organization COVID-Solidarity Response Fund by visiting In Memory Of at inmemof.org.

We encourage all to share memories, words of comfort or leave a message of condolence for the family. Perhaps share a favorite story or special way James touched your heart.  Each one will help provide comfort and hope to all who read the remembrances.

To send flowers to the family or plant a tree in memory of James McDonnell, please visit Tribute Store

A Memorial Tree was planted for James
We are deeply sorry for your loss ~ the staff at Simplicity Funeral and Cremation Services at Glackin Chapel
Join in honoring their life - plant a memorial tree
Services for James McDonnell
There are no events scheduled. You can still show your support by sending flowers directly to the family, or planting a memorial tree in memory of James McDonnell.
Visit the Tribute Store

Share Your Memory of
James
Upload Your Memory View All Memories
Be the first to upload a memory!
Share A Memory
Send Flowers
Plant a Tree