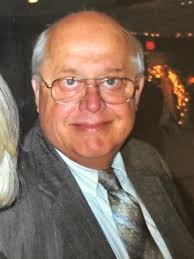 Born in Plainfield, NJ, in 1943 to Walter and Barbara (Thompson) Maibach, Ace resided in North Brunswick for over 50 years.  He worked for the U.S. Postal Service as a letter carrier retiring 19 years ago, after 39 years of service.  After retiring he enjoyed spending his time between New Jersey and Florida.

In his spare time, Ace enjoyed being a Ham radio operator. Over the years this offered him the opportunity to speak with people in every country of the world, except North Korea.  He had a passion for knowledge, The Beatles, and classic cars.  Ace will be remembered as a man of integrity and morality.  Above all else, Ace was a devoted family man, treasuring time with his wife, Karen, their children and grandchildren.

Ace is survived by Karen (Poole), his wife of 56 years; his children and their spouses, Richard Maibach, Jr., Laurie Maibach, Diane and Doug Garback, and Michael and Susan Maibach; his grandchildren, Michael, Jr., Doug, Jr., Kyle, Danielle, Casey, Katherine, Nicholas, Carly and Zachary; his brother and sister-in-law, Walter and Josephine Maibach; his many nieces and nephews; and his beloved cat, George.

For those desiring, contributions may be made in Ace’s memory to Tidewell Hospice or The Alzheimer's Association, by visiting In Memory Of via inmemof.org.

Arrangements are under the direction of Simplicity Funeral and Cremation Services at Glackin Chapel, 136 Morrison Avenue, Hightstown, NJ.

To send flowers to the family or plant a tree in memory of Richard Maibach, Sr., please visit Tribute Store
Sunday
19
May