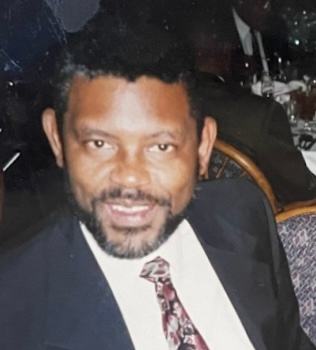 The sixth of seven children, Slu spent a large part of his childhood in Aliwal North in the Eastern Cape, where he completed his primary and secondary schooling. Having started his high school at Healdtown Institution in the Eastern Cape, he eventually matriculated at Newell High School in Gqeberha (formerly Port Elizabeth), where he was generously registered late by the school’s principal, Mr. Peteni, at the request of his late brother-in-law, Mr. Zolile Xuza. Although his schooling was interrupted by protests in apartheid South Africa, he still managed to achieve excellent grades throughout his studies.

Due to his political activism and his role in heeding the call to displace the apartheid regime, he was blacklisted from all universities and institutions of higher learning in South Africa and forced into exile at a young age. Despite these challenges he had a strong desire to continue with his studies and thus found a temporary home at The National University of Lesotho in Roma through the assistance of the late Mr. MG King Moshoeshoe. Prior to departing to Lesotho, he met a young lady named Kholeka Vabaza, with whom he fell in love and swore to reunite with in the future.

In 1966, while in Lesotho, he coordinated with an American lecturer named Dr. Stevens who organized a scholarship for him to attend Syracuse University in 1966. He graduated from Syracuse University in 1971 with a BS in Chemical Engineering and began working for a chemical company called Mobil One. At a party in Germantown, Philadelphia he met a woman named Rosa that he spent the whole night talking about Kholeka with whom he was engaged to and had not seen in many years. Rosa, engaged as well, admired how much he loved her.

Slu eventually married the love of his life, Kholeka Vabaza, daughter of the late JGS ‘Dublekhephuza’ Vabaza and Mbuyi Vabaza in 1973. The couple had to get married in Botswana, where they were hosted by the late Mrs. Z.K. Matthews, due to Slu’s banned status from his birthplace, South Africa. They then settled in East Windsor, New Jersey after their nuptials. Their union was blessed with their son, Khalipa Oldjohn, in 1979. Slu went on to work for Atotech Corporation, formerly known as M&T Industries, in the 1980’s. Tragically, Kholeka passed away while visiting South Africa in a car accident at the Kei bridge border post in 1983.

Slu raised Khalipa as a single father and was briefly re-married to Nomaswazi Mokonane in a short-lived union before she too passed away several years later. In the mid 1990’s fate reunited Slu with Rosa, after the end of her first marriage, and in 1995 she moved to East Windsor and the two lived together in a loving union for the next 20 years, as Rosa would provide a loving home and support for Slu, Khalipa, and their grandchildren. In 1999, Slu went on to study telecommunications and received a graduate degree in IT from Stevens Institute of Technology. The first of Slu’s two grandsons, Jaden Oldjohn, was born in 2002 and Slu worked for several years with Cingular Interactive until they were bought out by AT&T in the late 2000’s. The second of Slu’s grandchildren, Jackson Oldjohn, was born in 2011. Though Rosa eventually moved back to Philly they never stopped speaking or loving each other and she provided support for the family until the end when Slu succumbed to complications due to lung cancer on November 14, 2022.

Slu lived an extraordinary life as a phenomenal father, grandfather, great uncle, political and social activist and an all-round exceptional human being. He will be remembered for his love for people, especially family and children, and his brilliant mind, passion and tenacity.

Cremation will be private

To send flowers to the family or plant a tree in memory of Slulami Oldjohn, please visit Tribute Store
Monday
28
November

Share Your Memory of
Slulami
Upload Your Memory View All Memories
Be the first to upload a memory!
Share A Memory
Send Flowers
Plant a Tree