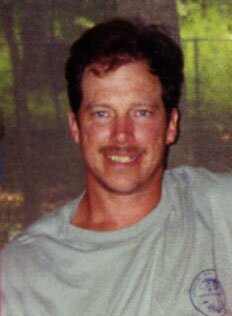 Glen was educated in the Hightstown-East Windsor school system and was a self-employed handyman known for his ability to fix anything and willingness to lend a hand.  He was the dedicated companion and caregiver to Gail Deandrea as she battled Pick’s Disease.  Glen will be remembered as a steadfast advocate for the less fortunate who would give anybody the shirt off his back.

Predeceased by his parents, Harold E. and Janet M. (Pate) Swartz, and Gail Deandrea, he is survived by his loving wife, Shelia Patterson of Trenton; his brother, Brian Swartz of East Windsor; his brother, Andrew Swartz and his wife, Grace Wang of Millstone; his sister, Bonnie Krzywicki and her husband, Martin of Perrineville; his sisters, Heather Swartz of Lawrence and Diahn Swartz of Tucson AZ; his several nieces and a nephew; his extended family members; and his numerous friends.

Funeral services and cremation were private.

In lieu of flowers, contributions may be made in Glen’s memory to Trenton Animals Rock by visiting In Memory Of at inmemof.org.

To send flowers to the family or plant a tree in memory of Glen Swartz, please visit Tribute Store

A Memorial Tree was planted for Glen
We are deeply sorry for your loss ~ the staff at Simplicity Funeral and Cremation Services at Glackin Chapel
Join in honoring their life - plant a memorial tree
Services for Glen Swartz
There are no events scheduled. You can still show your support by sending flowers directly to the family, or planting a memorial tree in memory of Glen Swartz.
Visit the Tribute Store

Share Your Memory of
Glen
Upload Your Memory View All Memories
Be the first to upload a memory!
Share A Memory
Send Flowers
Plant a Tree