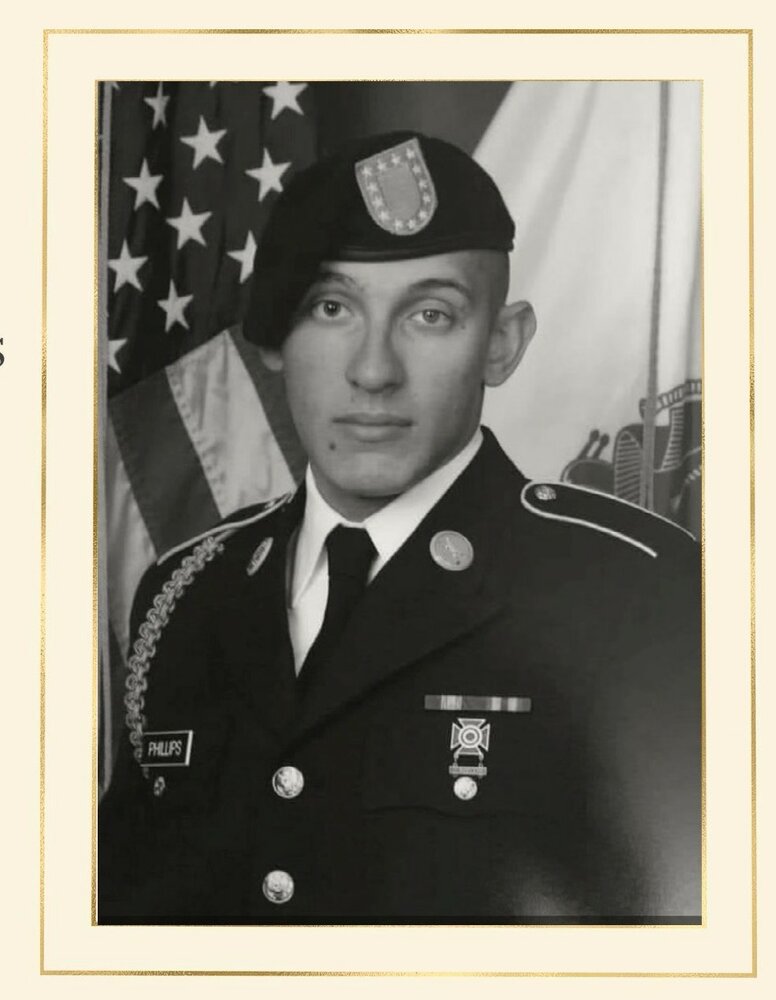 SGT. Joshua O’Neil Phillips, 24, of Kentucky, formerly of New Jersey, passed away on Wednesday, September 21, 2022, while serving in the United States Army.

Born in Arecibo, Puerto Rico, Joshua was raised in Elizabeth, New Jersey before joining the Army. He was an amazing son and was into MMA and parkour. From a young age, he was fascinated with the Army and wanted to follow in his father’s footsteps.

Joshua was fearless. He served at Joint Base Lewis-McCord in Washington and Fort Campbell North, in Kentucky as an Infantryman and achieved the rank of Sergeant. He dreamt of being selected for Special Forces training and earning the coveted Green Beret.

There is no doubt, Joshua would have eventually taken the Long Walk and continued to serve our country at the highest level.

No one could have asked for a better son, brother, or friend. He touched the lives of so many in his short time on this earth and was taken far too soon.  May he eternally Rest In Peace, far from the burdens of this world, knowing he was loved by all whom had the privilege of sharing time with him.

Joshua is survived by his mother, Doris Montanez Phillips; his father, Eric Phillips; and his sister, Madison.

Visitation for family and friends will be held on Friday, October 7, 2022 from 2:30 p.m. until 6:30 p.m. at Simplicity Funeral and Cremation Services at Glackin Chapel, 136 Morrison Ave., Hightstown, NJ.

In lieu of flowers, contributions may be made in SGT. Joshua O'Neil Phillips' memory to a charity of the Donor’s Choice by visiting In Memory Of at inmemof.org.

Share Your Memory of
SGT. Joshua
Upload Your Memory View All Memories
Be the first to upload a memory!
Share A Memory