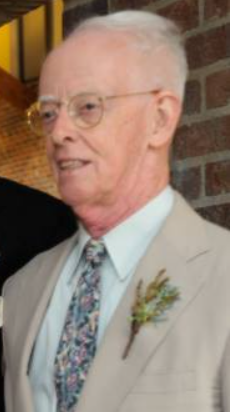 Born in Pittsburgh, PA, Mr. Jamison graduated from Carnegie Mellon University, Class of 1958 with a B.S. in Chemical Engineering and a B.A. in Business.  He proudly served in the U.S. Army and attained the rank of 2nd Lieutenant before being honorably discharged.  Mr. Jamison was employed with American Cyanamid as a Market Research Analyst for 20 years, was later employed with Merck & Co. for 20 years then with Pfizer until his retirement in 1998.

He is survived by his wife of sixty-two years, Dorothy Joan Jamison; his sons, Wilson Jamison and David Jamison; and his daughter, Susan Jamison.  He is also survived by nine grandchildren whose ages range from five to twenty-seven.

To send flowers to the family or plant a tree in memory of Harry Jamison, Jr., please visit Tribute Store

A Memorial Tree was planted for Harry
We are deeply sorry for your loss ~ the staff at Simplicity Funeral and Cremation Services at Glackin Chapel
Join in honoring their life - plant a memorial tree
Services for Harry Jamison, Jr.
There are no events scheduled. You can still show your support by sending flowers directly to the family, or planting a memorial tree in memory of Harry Jamison, Jr..
Visit the Tribute Store

Share Your Memory of
Harry
Upload Your Memory View All Memories
Be the first to upload a memory!
Share A Memory
Send Flowers
Plant a Tree