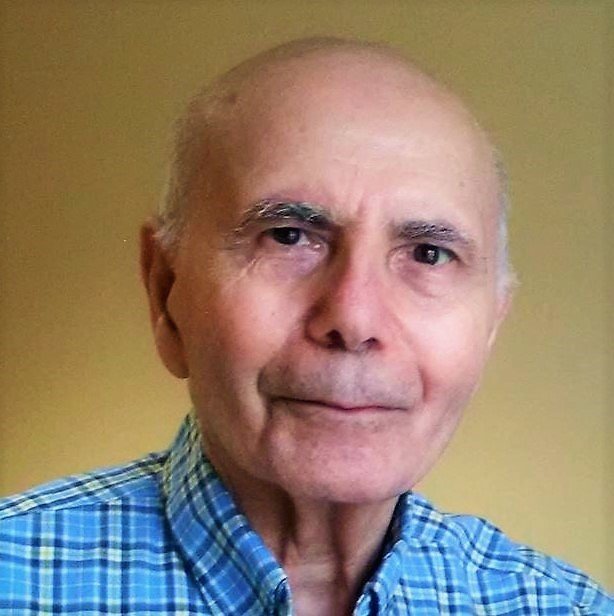 Alfred Giulio Basile, 86, passed away peacefully on August 20, 2018, surrounded by his family.

Freddie was a resident of East Rochester, New York, for 26 years, and Conway, South Carolina, for 29 years before moving to West Windsor, New Jersey, in 2013 & then to Morrisville, Pennsylvania in 2017.

Beloved husband, father, grandfather, great-grandfather, brother, uncle, cousin, friend, neighbor, and paesano, Freddie will be remembered as a kind, gentle, loving and compassionate soul. Everywhere he went, he had a kind word to say and a warm smile to give. He will be missed by many.

Born at home in Fairport, New York, in 1932, Freddie moved to Italy as a small child and was brought up there until his mid-teens. Maintaining customs, culture and traditions were very important to him after returning to the US. This included foods, holiday celebrations, gardening, wine making, and the use of the Italian language.

Freddie had many interests but had a passion for gardening. For most of his life, his green thumb provided a high yield vegetable garden, growing many items that grew in Italy. He even knew how to graft fruit trees, which produced a variety of fruits on a single tree. He was obsessed with growing and consuming figs. Back in the day, his CB radio handle was Fig Man.

Freddie was a very talented man with a wide range of skills. As a young man, he learned to be a mechanic, a brick layer, and later made his career in management at the American Can Company. He put an addition onto his house in East Rochester, New York and in Conway, South Carolina and was experienced in every type of home repair.

Freddie was a devoted parishioner and usher of Saint Jerome's Catholic Church, East Rochester, New York, and The Catholic Church of Saint James, Conway, South Carolina, for over 50 years. He was a loving husband and father, devoted to his family. He very much loved his wife Tina, 4 children, 8 grandchildren and 6 great grandchildren.

He was predeceased by his parents Giulio and Anna Basile and his beloved wife Clementina.

A private interment will be held at a later date in Conway, South Carolina.

In lieu of flowers, tribute gift contributions may be made to Alzheimer's Association, 399 Market Street, Suite 102, Philadelphia, Pennsylvania 19106 or www.alz.org.

Arrangements are under the direction of the Simplicity Funeral and Cremation Services at Glackin Chapel, 136 Morrison Ave., Hightstown, NJ.

Share Your Memory of
Alfred
Upload Your Memory View All Memories
Be the first to upload a memory!
Share A Memory