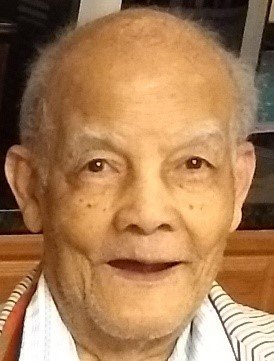 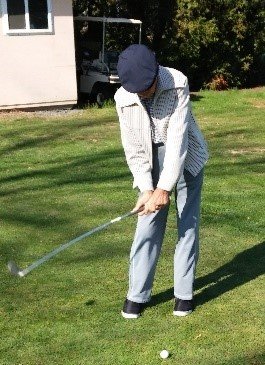 Murray Herbert Verdun, age 99, peacefully went home to the Lord on Sunday morning April 26, 2020. He was an unfortunate victim of the COVID-19 virus that has claimed so many souls in the past few months. For the past three years, he was a resident of The Chelsea at Forsgate assisted living facility in Monroe Township, NJ. Previously, he shared a home with his partner of 40+ years, Gloria Andrews, in the Twin Rivers community in East Windsor, NJ.

Due to the current social distancing restrictions necessitated by the COVID-19 pandemic, there will not be a traditional funeral, viewing or church service. Interment will be at St. Charles Cemetery in Farmingdale, Long Island, NY. A memorial celebration of his life will be planned for his 100th birthday on August 26, 2020.

Murray was born on August 26, 1920 in New Iberia, Louisiana. His parents were Walter Verdun and Louise DeBlanc Verdun. He was one of nine children. Seven of his brothers and sisters have predeceased him. Murray is survived by one brother, Walter Verdun, Jr., who lives in Chicago, Illinois. After his service in World War II, Murray relocated to Brooklyn, NY.  There, he met and married Lillian Durand, originally of New Orleans. Their marriage produced one son, Jonathan Verdun, who lives in Monroe Township, NJ. Lillian unfortunately passed away in 1971. Murray is also survived by two grandchildren and one great-grandchild.

Murray attended St. Edwards Elementary school in New Iberia and Xavier University in New Orleans, LA. He left Xavier to join the US Army in 1941 during World War II. The army recognized his intelligence and capability and guided him into a radio communications specialist role. He was ultimately promoted to Technical Sergeant in the US Army Signal Corps. After leaving the army in 1946, he continued to pursue his interest in electronics technology by becoming a freelance radio and television repairman just as that industry was emerging and expanding in the US. He also worked to support his family in various day jobs, including working for the NY City Transit Authority, the NY City Fire Department and a local factory. He eventually was able to obtain a job as a civilian employee at the US Naval Shipyard in Brooklyn, NY. There, he was able to leverage his knowledge and skills in electronics as an Electronics Technician working on the many complex electronics systems on board Naval vessels. When the Brooklyn Navy Yard was decommissioned in 1966, Murray chose to continue his career with the Navy by accepting a similar role at the Philadelphia Naval Shipyard. Rather than attempting to relocate his family, Murray chose to commute to Philadelphia, driving there from Brooklyn every Monday morning and returning home every Friday evening. Murray retired from the shipyard at age 65 in 1985.

One of Murray’s most significant accomplishments was the co-creation of the Verdun Educational Trust (VET) with his sister, Edith Verdun-Spain. They both recognized the fundamental importance of a strong education for the children of the family, and thus the trust was created to contribute to their educational futures. A monthly newsletter was circulated to family members, which featured motivational articles focused on the benefits of a solid education and the detriments of behaviors that detracted from the same. Murray was also able to initially fund the Trust, which provided annual stipends to the parents of the children in the family to help with education-related expenses. The VET’s motto was: “An Investment In Youth Is Relative To The Best That Is Within Us”

Murray will always be remembered for his love of golf, his sense of humor, his mischievous behavior with family members and especially in his later years for his “attitude of gratitude” for even the smallest things done by others for his benefit. Although his close friends were relatively few, he always cared deeply for his close family and his extended family.

In lieu of flowers, please consider making a donation in Murray’s name to the COVID-19 relief fund or charity of your choice.

We encourage all to share memories, words of comfort or leave a message of condolence for the family. Perhaps share a favorite story or special way Murray touched your heart.  Each one will help provide comfort and hope to all who read the remembrances.

You are welcome to plant a tree, light a candle, or post a photograph of Murray via the website.

To send flowers to the family or plant a tree in memory of Murray Verdun, please visit Tribute Store

A Memorial Tree was planted for Murray
We are deeply sorry for your loss ~ the staff at Simplicity Funeral and Cremation Services at Glackin Chapel
Join in honoring their life - plant a memorial tree
Services for Murray Verdun
There are no events scheduled. You can still show your support by sending flowers directly to the family, or planting a memorial tree in memory of Murray Verdun.
Visit the Tribute Store

Share Your Memory of
Murray
Upload Your Memory View All Memories
Be the first to upload a memory!
Share A Memory
Send Flowers
Plant a Tree