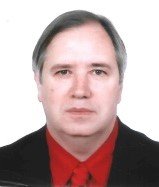 Son of the late Charles and Virginia McClary, Dennis was born in Indianapolis, Indiana.  After graduating from John Marshall High school in Indianapolis in 1976, Dennis attended Purdue University earning a BS degree in Electrical Engineering in 1980.

Following College Dennis joined RCA SelectaVision VideoDisc Division in Indianapolis, then moved to RCA Laboratories in Princeton NJ working in television electronics research. He participated on project teams including the design of HDTV Test Equipment which won Sarnoff a group Emmy Award.  In addition to electronics, he worked on business development, sales and customer services, and resolving highly technical customer inquiries. His time at David Sarnoff Research Center prepared him to form his own consulting company Hawthorne Associates, LLC with his wife Cathy, also an engineer.

Dennis’ love of community led him to become a member of many professional and charitable organizations.  A licensed Radio Amateur (KC2IMI), he served as president of the David Sarnoff Radio Club for 15 years. The club held numerous training exercises and assisted the Red Cross during 9/11 and other emergencies.  It was after his volunteer work on 9/11 that Dennis decided to become more involved with Ham Radio, becoming a member of the Mercer County Amateur Radio Emergency Service. He frequently was part of the safety communications team for the NJ State Triathlon and co-organized the club's annual American Radio Relay League Field Day station. He also coordinated radio fundamentals study and licensing sessions for the Boy Scouts of America and as part of the Trenton Computer Festival. Dennis’ even-keel and cheerful demeanor were especially valued in difficult times, such as those that we sometimes face in crisis management in our radio service efforts. His talent was in organizing to include everyone.

He served 10 years on the board of Better Beginnings Child Development Center in Hightstown, four as chairperson.  He was a dedicated, committed volunteer who believed families and children should be provided every opportunity to reach their full potential.  When a friend from Sarnoff, the late Liston Abbott, introduced Dennis to Better Beginnings’ mission; Liston spoke of Better Beginning’s "PennyDrive" fundraiser.  Immediately, Dennis showed up holding jars of pennies, his “lucky” pennies.  That was the start of his commitment to Better Beginnings.  During his tenure, Dennis became the source of expertise for the center’s technical department. Dennis was Better Beginnings’ Mr. Fix-It!  During the temporary closure of the center due to the Covid-19 virus, Dennis rebuilt and donated computers for the benefit of families who were in need of computers.  His acts kindness were infinite.

Better Beginnings staff will miss his kind nature, his dedication, his many talents, and ability. Often, we would reach-out to Dennis with our issues or repair needs before we would hang-up the phone he would be at our doorway with toolbox in hand. His last act of kindness – we expressed our concerns about re-opening the center and how office personnel were worried about having electronic sign-in machines on their desks and how to maintain social distancing. Dennis came in after hours and when we came in the next day, he had re-located the machines to another location, away from the desk and staff – he wanted to contribute to the safety and well-being of the center.  Dennis also introduced his lovely wife Cathy to Better Beginnings, she too quickly became a volunteer, who has provided numerous valuable services including tutoring Better Beginnings school age children. Better Beginnings’ staff were asked to provide one descriptive word for Dennis. "Selfless". That is just who he was.

Predeceased by his parents and brother, Donald; he will be deeply missed by the love of his life and wife, Cathy Tsao.  His is also survived by his sister and brother-in-law, Diana and Tom Connors; his brother, Dean; and his nieces and nephews, Pat, Kari, Christina, Betty, Tammy, Richelle, and Tiffany.

In lieu of flowers, memorial contributions may be made to Better Beginnings, 318 North Main Street, Hightstown, NJ 08520

We encourage all to share memories, words of comfort or leave a message of condolence for the family. Perhaps share a favorite story or special way Dennis touched your heart.  Each one will help provide comfort and hope to all who read the remembrances.

You are welcome to plant a tree, light a candle, or post a photograph of Dennis via the website.